For those who want to know what cave digging is all about – read on.

Many caving clubs have within their ranks an enthusiastic digging team, they are usually (but not necessarily) made up of a small group of experienced cavers, who have become familiar with the caves and potholes, as well as the landscape and hydrology of their local caving areas (though some, of course, will dig in other caving areas and also abroad)

The desire to discover new caves, or extend known ones burns bright in every digger, so whilst walking the fells prospecting, or exploring a known cave, they are always on the lookout for likely sites that, after an extended period of digging through mud and boulders, may open up and provide the team with a new discovery.

The excitement of breaking into the “black space” of a hitherto undiscovered cave or cave passage is a never to be forgotten experience. You and your team are the first people on earth ever to see it. It’s the prospect of achieving this magnificent prize that drives the digging team onwards to make many trips to the site and put in endless hours of hard slog. Sometimes the conditions are wet and constricted, and the team will spend many hours putting steel scaffolding and wooden shoring in place in order to progress safely towards their hoped for breakthrough. It’s hard work but, believe me, the BPC digging team, like any other I guess, has loads of fun. The camaraderie, the banter (micky taking), the planning, the team work and the element of danger, all contribute to a fantastic day out. Not to mention the thought of a pint or two in the evening, discussing the day’s events with a bunch of good mates.

If you have a fancy for cave digging, male or female, you’ll be welcomed with open arms by the BPC teams (sometimes we have two different sites). New recruits are always welcome and you don’t have to be the world’s best cavers, just enthusiastic, competent, and a team player.

For many years the BPC has had a successful digging team, starting largely way back in the ’50s with extensions in Ingleborough Cave and discoveries such as Beck Head Stream Cave, P5 Pot, Wade’s Entrance (into Gaping Gill) and Christmas Pot. During the ’60s the fantastic Whitsun Series in Gaping Gill was discovered and the exploits of the now departed cavers Pete Livesey and Mike Boon in Mossdale Caverns and elsewhere are legendary. Also, the significant Clapham Bottoms Pot was excavated during a protracted dig spanning the ’60s and ’70s.

was discovered and the exploits of the now departed cavers Pete Livesey and Mike Boon in Mossdale Caverns and elsewhere are legendary. Also, the significant Clapham Bottoms Pot was excavated during a protracted dig spanning the ’60s and ’70s.

As mentioned on the BPC cave divers’ page, it was a team of mainly BPC diggers (a couple of which were also included in the dive party) which made the final connection between Gaping Gill and Ingleborough Cave during the ’80s. One thing that helped the connection effort enormously was the invention of the mole phone by Professor Bob Makin of Lancaster University. This fantastic piece of apparatus allows a team on the surface to pinpoint a spot where a team below ground is situated and allows communication with them. This technology has been developed and put to great use by two BPC boffins, Jim and Fred Rattray and has been an enormous aide to the digger over the years.

Since the ’80s the BPC diggers have made many new discoveries right up to the present time; a golden age of exploration for us.  Notably, on Ingleborough, Hensler’s Pot, Corky’s Pot and Parkinson’s Pot were dug from the surface to connect with the Gaping Gill system (though Parkinson’s is not a physical connection). And Pay Sank was dug from the surface to connect with the Grange Rigg/Christmas Pot system. Klondyke Pot, Generator Pot, Christmas Cracker, Motley Pot, Strawberry Pot and many others. Penyghent is only a stone’s throw from our club hut and after Brackenbottom Pot in 1990, we were lucky enough to discover Loser’s and Fat Finger Pot.

Many caving areas in the Yorkshire Dales have now been designated as Site of Special Scientific Interest (SSSI) and so permission to dig at these sites has to been obtained through a government agency called Natural England. The staff there give us all the help required to apply for formal consent to dig, in collaboration with the landowner. This organization works very closely with cavers and, over the last few years an excellent working relationship has built up. 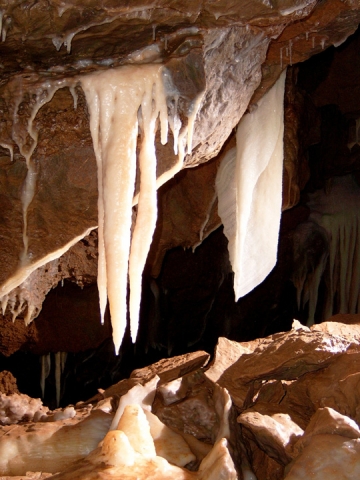 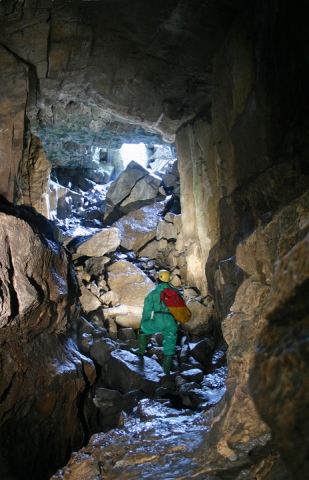 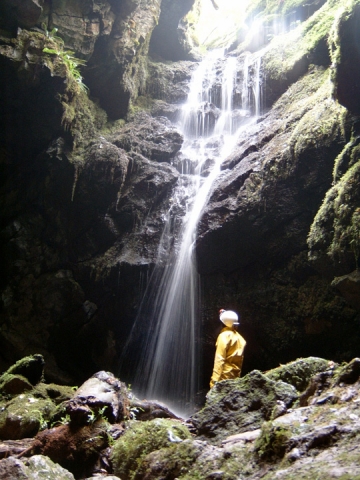 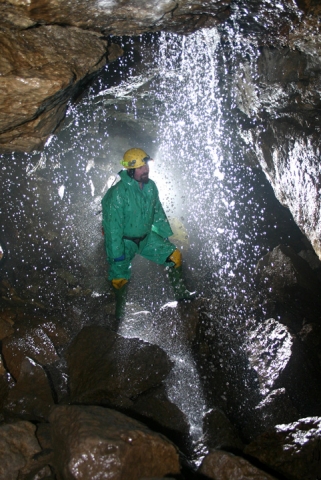